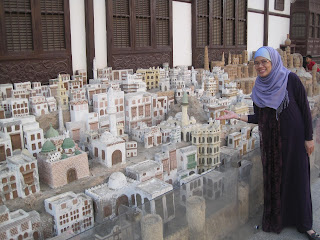 Before getting back to the home country, usually Indonesian pilgrims visit Jeddah for a day transit or sometimes even spending one night to wait for their flight. They arrive mostly from Mekkah. At this time, their tour operator usually bring them to the typical places for Indonesian pilgrim, such as Mesjid Apung (Floating Masjid) and Corniche Commercial Center or Balad. 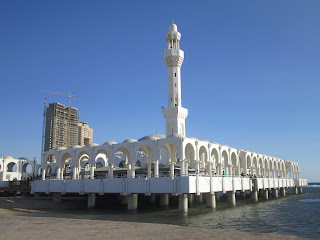 The Mesjid Apung is not a special place. It just named that way by the Indonesian pilgrims, because half of the construction is above water, and so the name Floating arise. Actually it's not floating at all as you can see in the cover of Bunda of Arabia book. Most of the pillars are half way below the sea level.

While Balad is just an old commercial center a.k.a mall, which goods actually can be little bit cheaper if you know how to bargain. But also be careful with fake products. Here also is the place to find gold and money changer with competitive exchange rate. Well, you can find almost anything here, from authentic Tag Heuer watches, branded perfumes to their counterfeit goods. The truth is, I rarely go there if I don't have any intention to buy good kaftan dresses which are beautiful and not too pricey. Do I have lots of kaftan dresses? Nope, I resell them hehehe :p. For me Balad is like Pasar Glodok in Old town Jakarta or Tanah Abang. So uncomfortable for just window shopping.

Therefore, if I have time to take my visiting friends out from their tour group, I choose not to bring them there. My typical route would be the big malls, to show people that Jeddah has malls other than Balad and the bling-bling lights of Tahliya street, the high street of Jeddah. I have written about the list of Jeddah malls here in Cerita Jeddah, if you'd like to check them out. The scene of the lining shops in Tahliya streets seem to be built to replicate the famous Champs Elysee Avenue in Paris. Almost all world famous brands have their flagship store on this street, from the low end brand of MacDonald's for food, the middle class Zara, Mango, Aldo, Gap, Next, Mothercare to the upper class brand such as Accessorize, Desigual, Debenhams, Outback steakhouse until the luxury brands such as Louis Vuitton, Gucci, Fendi, Bottega, Chanel and Le Notre cafe. Why? So people will see, that shopping centers in Jeddah is not only Balad. But surprisingly, many shop attendants of the luxury shops mentioned above can speak a little Indonesian chit chat, such as, "selamat malam", "berapa", counting, "bagus". Yup, that means that many rich Indonesian pilgrims know where to spend their money, and the attendants know how to approach these people ;)

We also drive them around the Andalus street where lots of medium to upper class American restaurants reside and to Madinah Road, the inner city highway that leads to Madinah. So if you just drive in this road to the direction of Madinah, you will go straight there for around 450 km (4-5hour drive) without having any traffic light. Just be careful with the speed camera :). The speed limit is 120 kmph. I know, it's difficult to restrain yourself from pumping the gas when the road is smooth and no car is around. But, once you got flashed, a fine of at least 300 SAR must be paid. And, no, there is no bribing here. Cause once you get the ticket which is sent to your mobile which registered to your car ownership license, you have to pay it through the appointed ATM. Yup, ATM, not to the police and not to the court. Pay now, complain later :(. But of course, avoid Madinah road in the rush hour or you'll be trapped in the heavy traffic of Jeddah, which is getting worse than 5-6 years ago.

Sometimes if our friend/family(s) have more time, we bring them to Obhur, the extension of the long shore of Corniche. A creek with blue water where people usually go diving to see the beauty of the Red Sea. Obhur also a place for many private resorts, where you can wear your bikini (aheem). So, some of the places are restricted for western expats only. Of course these places are quite pricey to rent. So, we just roll along side the creek to see the beautiful blue sea.

Back to the city, there are actually some places that are nice to see. Like the monuments and places along the corniche where people from the bus were just looking from the window. Also at night there is a fountain called King Fahd Fountain. The fountain, which is actually the world's highest stream of water pump in one line to the sky,  is probably a replica of Jet d'Eau in Geneve. I'm not sure, but I think Jeddah has an aficionado, a love connection, with Geneve, Switzerland. There are many landmark of Geneve that also decorated Jeddah such as the Fountain and the big clock by the street in Tahlia which is a replica of the flower clock by the Lac Geneve.
But the last place I visited last Wednesday with our guest is like a hidden gem. I was informed by a friend who visited there  several times to bring her guests, and that place was actually very close to my old house. It's a masjid with pink dome and a miniature diorama of old Arabia(?) I'm not sure because it covered almost all different places. There is Kabah surrounded by (supposedly) Masjidil Haram, also the old Masjid Nabawi and some places that I don't recognize. The masjid itself probably not too special, but the unique wooden window looks like the old houses in the historical district of Jeddah. Finally something ancient, and historical that is nice to see. Because many of the historical places here are not well preserved like the one in Balad, it really difficult to find place like this masjid which also feature a museum named Tayyibat Museum. Here are the pictures. Hope you can enjoy it. Cause I did enjoy taking picture of it. This is the first I could take pictures in public places where nobody stop me and yelled, "HARAM", meaning not allowed in Arabic. Doesn't mean that it is not allowed religiously ;) 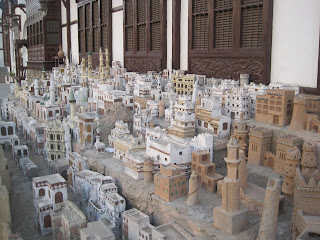 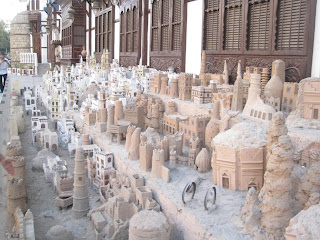 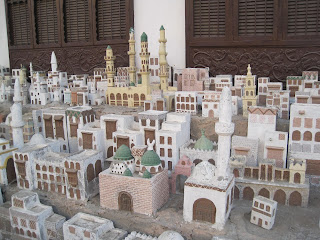 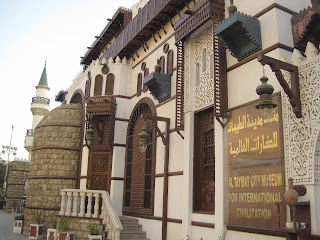 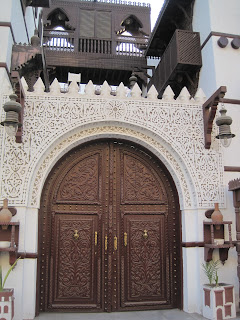 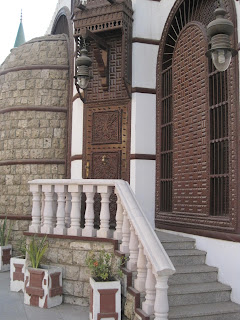 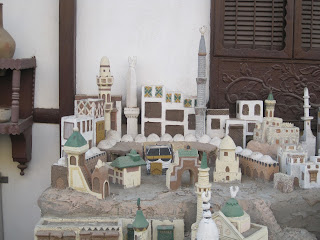 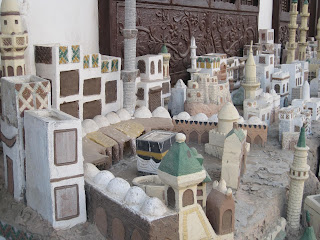 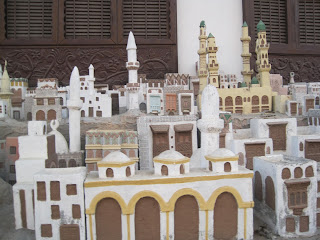 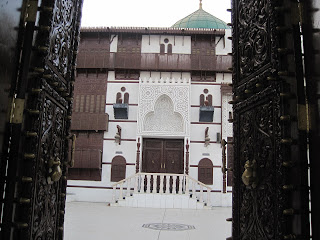 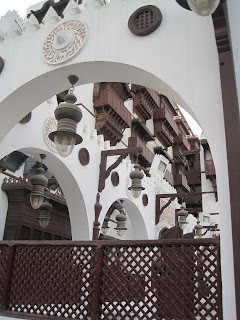 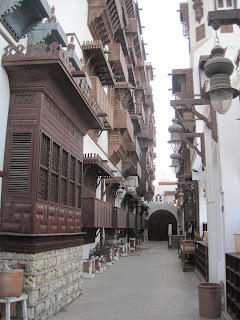 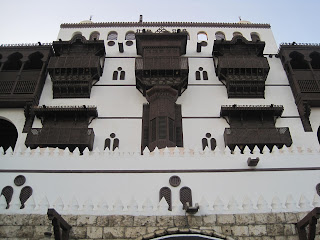 So, wondering why many travel operator offer vacation umroh to Turkey, Egypt and other places, while there are actually many places to explore in Saudi as well? The visa for umroh valids for 30 days. So the 9-day trip can actually be prolonged to 12 day-trip including a tour around Jeddah and Obhur for instance. Why not?